If you’ve been in this world for just a few months, I’m sure you’ve heard about the term “patina”. You may have come across some videos or posts relating to this matter.

Patina or water damage? Meanwhile some people try to hide the real meaning of that term, the most simple and honest answer is the following:

Like it or not, patina is water damage. This water damage causes the ageing of the dial in a really particular and unique way. It may turn a dark brown, usually called “tropical” among collectors, or it may cause some bubbling on the watch dial. Now, it is certain that patina can make a watch more attractive throughout collectors and newcomers to the industry. For example, we can see heavy patina’ed watches that are really sought after:

From my honest point of view, I think patina is one of the most charming features of a vintage watch. Is it water damage (or humidity)? Yes. But, as long as the inner workings of the watch are clean, I would definately buy watches with patina. And I have.

One thing that collectors defend, and that I agree on, is that patina gives the watch its character and its personality. Your aged watch is unique, and once it’s sold or gone, it’s gone forever. I remember when I first bought a heavy patina’ed watch. It was an Omega Seamaster calendar.

It was just beautiful. That orange-brown dial made it unique! And I loved it. So, after defining and seeing some patina, here are some tips to help you buy watches with patina:

I hope now everything is more clear around the famous term that, altough beautiful, it’s still damage.

We’ve all been there. Our new watch arrives and we all excited run to set the time and put it on our wrist as soon as possible. But wait, my watch doesn’t tick! It might be because the provider didn’t put a battery in it, but most of the times, it’s because you are the (I hope) proud owner of a mechanical watch!

Okay, now I know my watch is “mechanical”, but what in hell does that mean? That means that your watch isn’t powered by any kind of battery or electricty, it is powered by the energy that is carefully stored in the wound spring (mainspring). Still sounding like chinese? Don’t worry, we got you!

Your average and most common watch, and the watch that got all of us interested in watches. Powered by a battery that need periodic replacement to keep working (most of the times, depending of the battery tipe, around 2-3 years). But don’t get me wrong, this watches are (in one way, and just one way) better than mechanical timepieces: they keep excellent time.

These movements are usually on the more affordable side, mostly mass produced and with minimal craftmanship (seiko-fanatics, I see you, we will talk about Spring Drive in another time). This type of powered watches started to be produced during the Quartz Crisis during the 70’s.

When we’re talking about mechanical watches, we are talking about watches powered by energy slowly released by a spring, and this implies some part-movement inside of the watch. Altough they might seem the same for new collectors, manual-wind and automatic calibers are not the same.

We say that a manual wind caliber is the one that needs the active human action to provide energy to the watch. The way of doing this? Rotating the crown clock-wise. This action is called “winding”. This process is simple, but we have to take care when doing it. Most modern watches have a mechanism by which you can’t overwind the watch, you will feel a stop when winding it and if you continue and force it, you break it. Be careful with vintage watches, as not all of them have this mechanism! You will feel that the crown starts to resist itself from winding more, making it harder to turn. When you feel that, stop winding!

We’ve all heard that story, the existance of watches that work through our PULSE! Maybe you heard it from your grandparents, or even parents, but that is a totally misconception. An automatic caliber, altough very similar to a manual wound one, it winds itself through a rotating plate, commonly called rotor, that (most of the times) is on top of the movement and it’s visible. This plate rotates around itself to generate power, that is stored on the mainspring. These watches can be also wound the “traditional” way, by turning the crown clockwise, but most of their benefits is that you don’t have to worry about your watch stopping in the middle of the day or winding it every morning, because it “charges” itself with your movement. 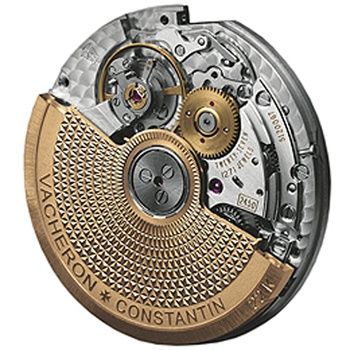 Now you know what are the different types of watch movements, so don’t let yourself be fooled again!